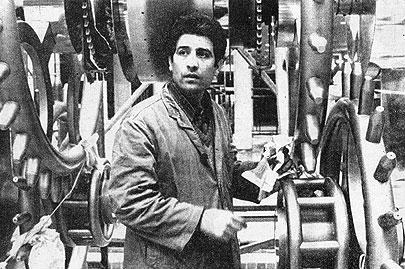 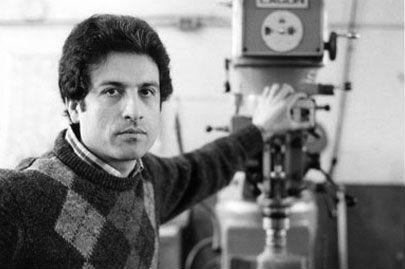 In 1973, Mr. Soheil and Mrs. Brigitte Mosun, having arrived in Canada from Europe, set up a custom metalworking business in their Toronto apartment, with a table saw from Eaton's department store. And founded Soheil Mosun Limited.

Then, as now, their craftsmanship came first - and within a few years they developed their business to become custom architectural fabricators. Architects and builders would ask them to create fixtures and furnishings for their portfolio.

They embraced the big projects with enthusiasm and skill. But they also took on smaller, yet no less prestigious projects - trophies for major entertainment awards like the Genies, Geminis and Scotiabank Giller Prize, the etched stars for Canada's Walk of Fame in Toronto, detailed scale models of buildings for architects.

Meanwhile, the craftsmanship and quality of Soheil Mosun Limited's work began to be known around the globe.

They bid for - and built - increasingly prestigious projects. The elevator interiors for Toronto's major business towers - First Canadian Place, Scotia Plaza and BCE Place - as well as the CN Tower. The signage for the Hockey Hall of Fame.

The window frames for the Peace Tower and the Library of Parliament in Ottawa, Canada's capital. Ornate work at the Baha'i Temple in Haifa, Israel and extensive work at the Renaissance Center, General Motors' Global Headquarters in Detroit, Michigan.

Soheil Mosun Limited works with clients around the world from its Toronto headquarters, with a core staff that is expanded as projects demand.